Try ONE ROQ 25% off with Code: OwnYourSpirit 🍸 Members enjoy 30% off

Members can now login to “Vote” via the Live Poll widget. Voting Closes on January 1st.

Last summer we launched our first-ever, E-Vote that allowed Members to vote among their favorite ONE ROQ Flavors. That data revealed a huge interest to add a new flavor to our portfolio with hundreds of new flavor suggestions submitted across the community. From classics like Watermelon and Citron, to exotics like Apricot and Jungle Lime, to the bazar like Honey Fire Charcoal and Moon Pie Granola, the suggestions were innovative, endearing, and at times, just downright hilarious.

From this initial large submission of flavors (Round I), we chose to select the top 20 which included both popular overlaps and a few that stood out to our marketing team.

From here we took those 20 flavors and launched Round II which allowed Members to vote on their favorites.  In the results of Round II, we isolated the top 5 voted by percentage, which generated an exciting 3-way tie breaker for the 5th seed that would advance to final round.

A progression of the New Flavor Member vote campaign, and each of the Rounds results can be found below as abstract from our internal voting platform. 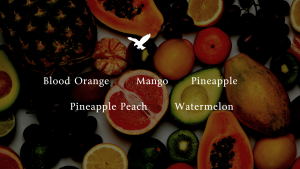 Our 3rd and Final Vote Starts now. Let the most popular flavor win!

I Have A Question

I Want to Buy/Gift ONE ROQ Vodka

Brilliant. Click Here to be taken to our SEC qualified offering page.